Recipe:Cook a Pizza on the Big Green Egg like a Pro 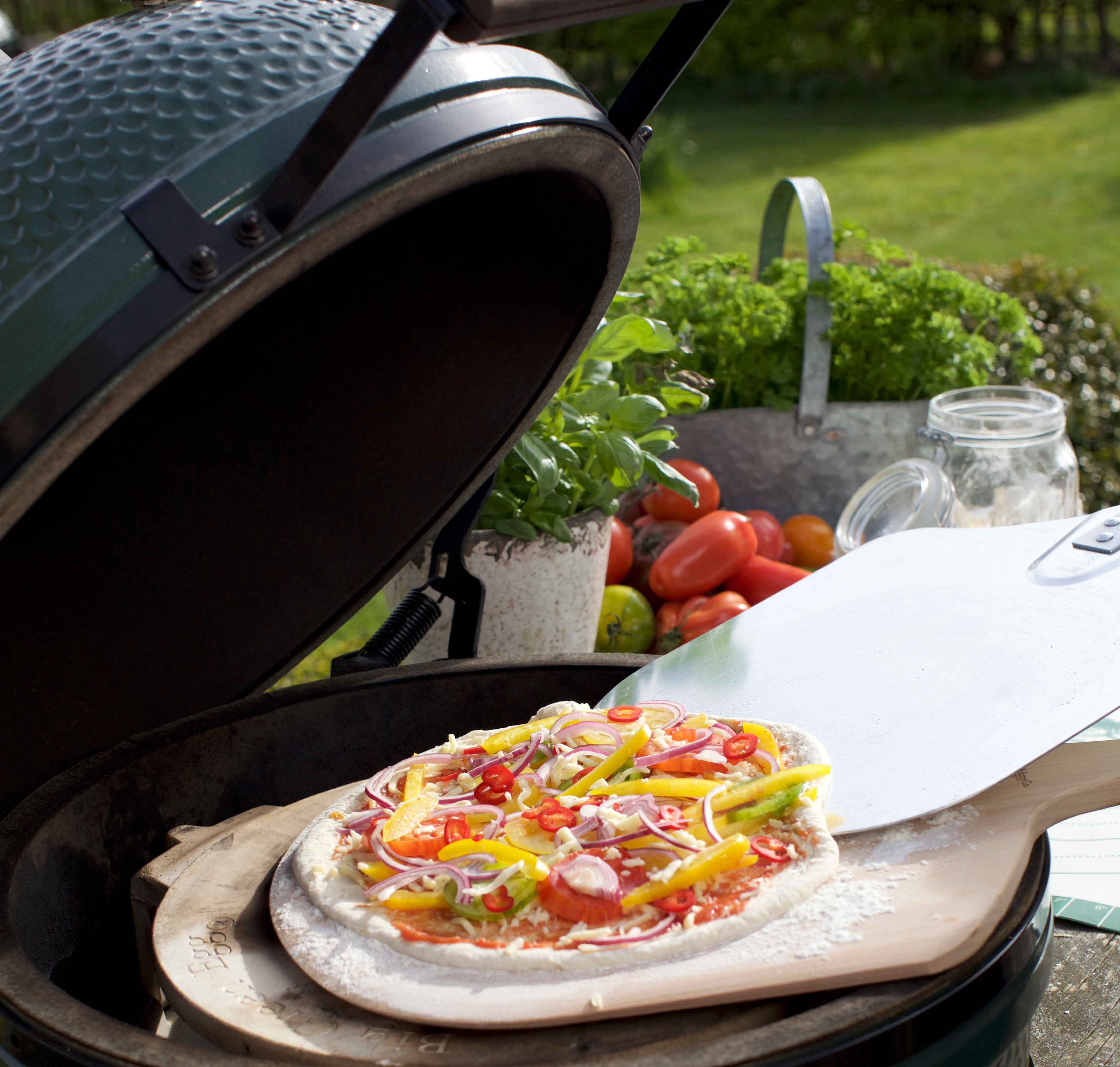 Stephen Schmitt’s Pizza on the EGG

WP Kitchen + Bar executive chef Stephen Schmittis one of the rare Charlotteans who was raised in Charlotte, N.C., a burgeoning New South city that is now welcoming thousands of new faces every day.

Prior to cooking, Schmitt was pursuing a computer science degree from University of North Carolina, Charlotte. It wasn’t until he was offered to work in the kitchen at an Uptown Charlotte restaurant that his passion for cooking and food grew. In 2005, he left UNC Charlotte to attend the prestigious Johnson & Wales University in Charlotte. While attending school he was able to work in the US Virgin Islands at the prominent Caneel Bay resort, as well as the Harper’s Restaurant Group concept, Zink American Kitchen, in Uptown Charlotte. Schmitt continued to work with the Harper’s Restaurant Group at a number of their locations over the next seven years as a sous chef and chef de cuisine. In 2012,Schmitt joined the opening team for Wolfgang Puck’s first Pizza Bar, locatedin Charlotte.In 2016, he oversaw the restaurant’s transition from a pizza bar to a new concept, WP Kitchen + Bar, located at 6706 Phillips Place Court in Charlotte.

Two days before you want to cook your pizza, prepare the Biga. Combine all the Biga ingredients and mix on low speed in a stand mixer until dough forms. Place in an oiled container and wrap with plastic wrap. Rest at room temperature for 4 hours or until dough doubles in volume. Punch down and put in refrigerator overnight.

One day before you want to cook your pizza prepare the pizza dough. Add water, yeast, honey, flour and salt in that order to the mixer. Mix on low speed for four minutes. Add the Biga and mix on medium speed for two minutes. Add oil and mix on low speed for two minutes. Remove the dough and scale into 8oz portions. Fold the corners of dough into the center and then place them on a table so that the tucked corners are on the bottom – rest for 10 minutes. Shape the dough into rounds; place onto an oiled sheet tray and wrap in plastic wrap –refrigerate overnight.

Sweat the shallots in olive oil over low heat; add the strained tomatoes and cook for ten minutes. Remove from the heat; pass through a food mill, season and cool.

Remove the pizza dough from the refrigerator and bring to room temperature.

Set the EGG for indirect cooking with a convEGGtor at 650°F; add a Pizza & Baking Stone to preheat.

Stretch the pizza dough to the desired size; place the dough on a semolina flour-dusted pizza peel. Layer with pizza sauce, fresh mozzarella and toppings of your choice.

Using the peel, move the pizza onto the stone. Close the dome and cook for 4-5 minutes or until the pizza reaches your desired doneness.